here is the calendar with the availability date to November 24 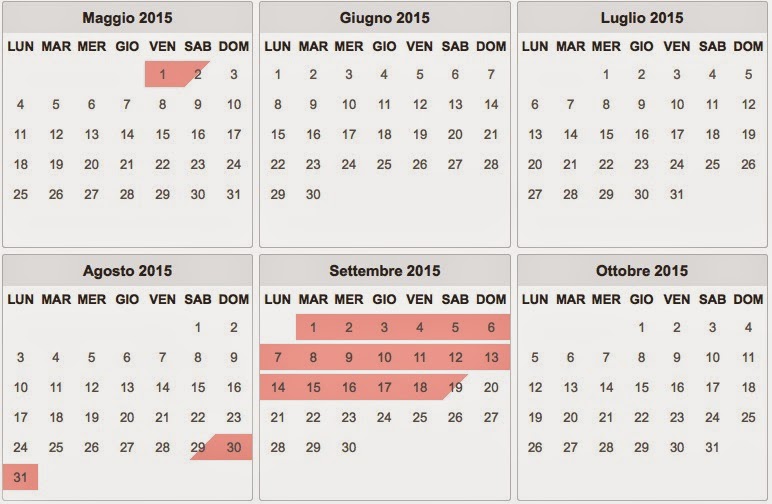 The Beaches in Sicily are some of the most beautiful in the#world. With their sparkling azure waters, rugged coastal landscapes, velvety white beach sands and inviting swimming beaches provide the most intoxicating backdrop for a romantic sunset on the beach front. It’s really hard to pick the best ones because there are around 280 stunning beaches on Sicily – in all forms, town beaches, beaches in National Parks, tiny coves and inlets, and sweeping swathes of golden sand. Wherever you choose to vacation in Sicily, there’ll be a beach to suit. 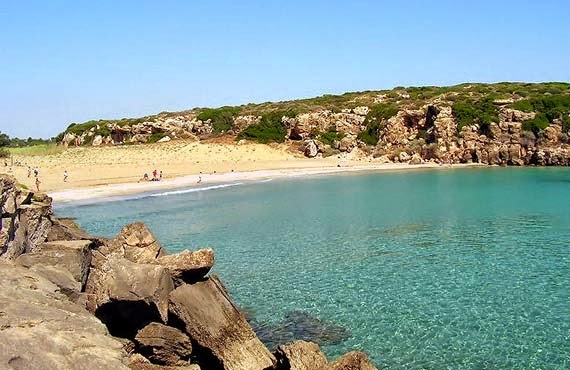 One of the best reasons to go to Sicily is the people. The people of this island nation are naturally shy, yet seem intimidating. Sicilians are actually some of the most incredible people. While initially reserved, it only takes a few minutes to encapsulate you with their wrap around smile and help you with whatever it is you need. They might not speak English, but there is a generosity and warmth that is easily felt across the language barrier. 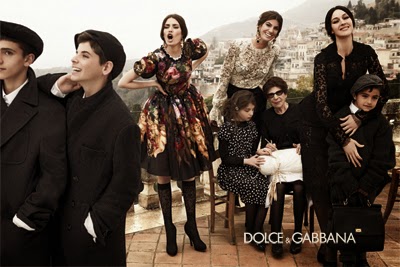 3. THE FOOD AND WINE

With an emergence of local wineries helping Sicily experience a boom in the wine trade, namely Tasca d’Almerita and Planeta, the great wine traditions of Sicily have come alive once more. Wherever you go, and no matter what you order to eat, the food is guaranteed to be out of this #world. Always fresh and always seasonal, the temptation to eat your way through Sicily is overpowering. 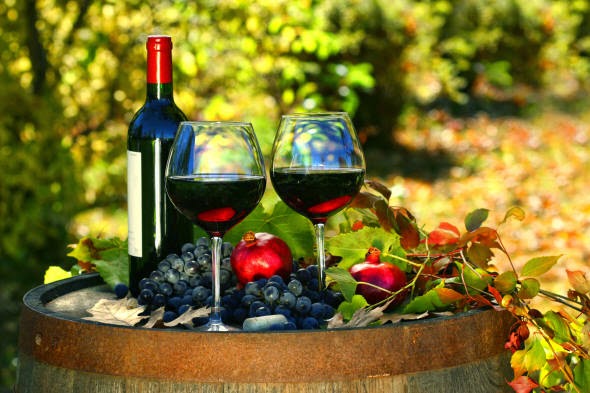 Mount Etna is the largest active volcano in all of Europe, erupting frequently, sending a dramatic amount of ash in big, puffy clouds ascending over the island and beyond. Every now and again Mount Etna obliges with a smoke ring or two, something extremely rare in the science of volcanology. Reaching an incredible 11000 feet high up in the air, to see bubbles of fire and pods of ash shooting up from the depths of this volcano, first hand, is a sight you will never forget. 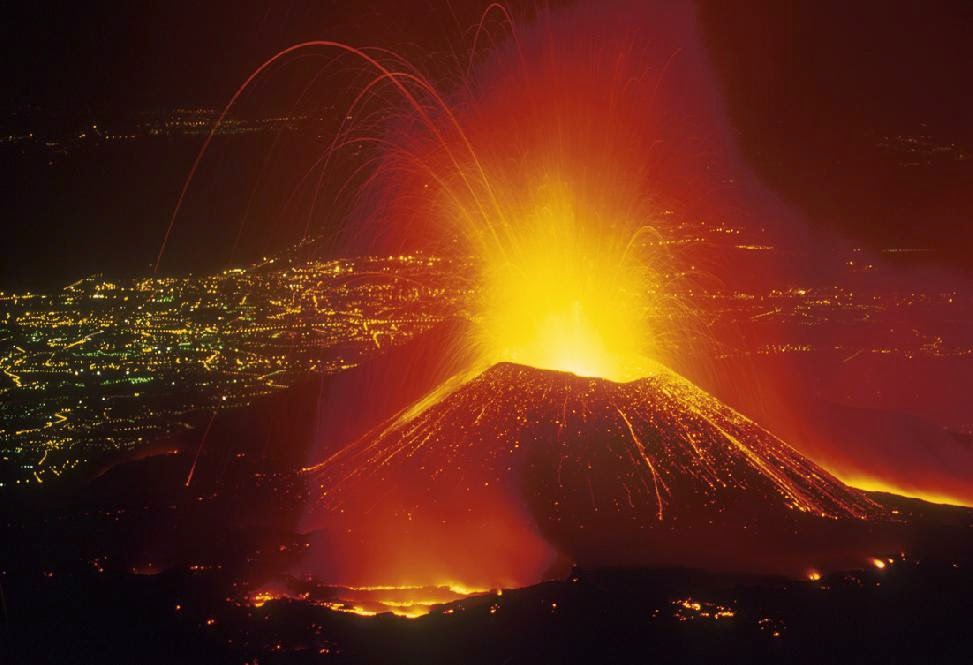 Who would have thought that you would have to go to Italy to find the most well preserved Greek amphitheatre in the#world? Well you do, and Syracuse is home to just that. The very much Greek town in Italy is positioned on the south-easterly crook of the island, and very much the best reason to visit Sicily if you are into history, legends and the romance of the ancient Mediterranean. 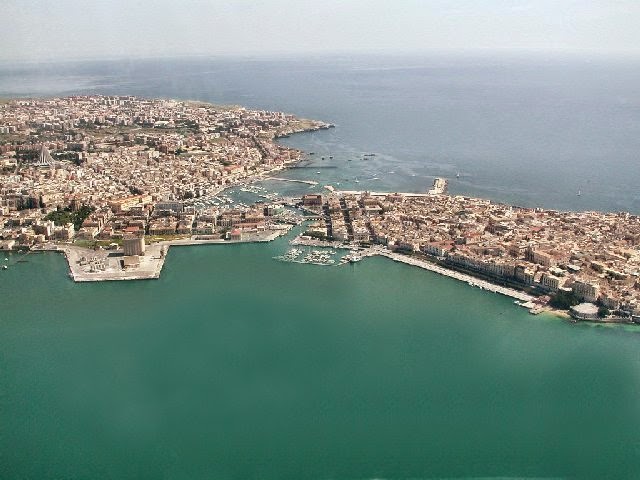 Right in the heart of the Sicilian countryside and the very place that inspired parts of the famous film – Francis Ford Coppola’s The Godfather Part II, brings you to the heart of a humble, agricultural town, virtually untouched by the crude, modern hand. Fans of the film have flocked to this town to see Savoca’s Bar Vitelli and the gorgeous Sicilian town, perched on a hummock not too far from the Ionian Sea. Today, Savoca remains quaint, charismatic and untouched. 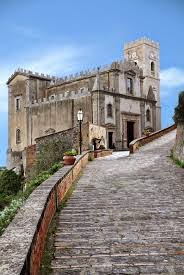 Known as having some of the best beaches in all of Sicily, Taormina is among everybody’s favourite reasons to go to Sicily. Located not too far from the famous volcano, Mount Etna, Taormina has been a popular holiday resort town since before the rise of the Roman Empire. Outdoor enthusiasts will love the tear drop shaped islet, Isola #Bella, which can be found right in the middle of the serene cove of Taormina. 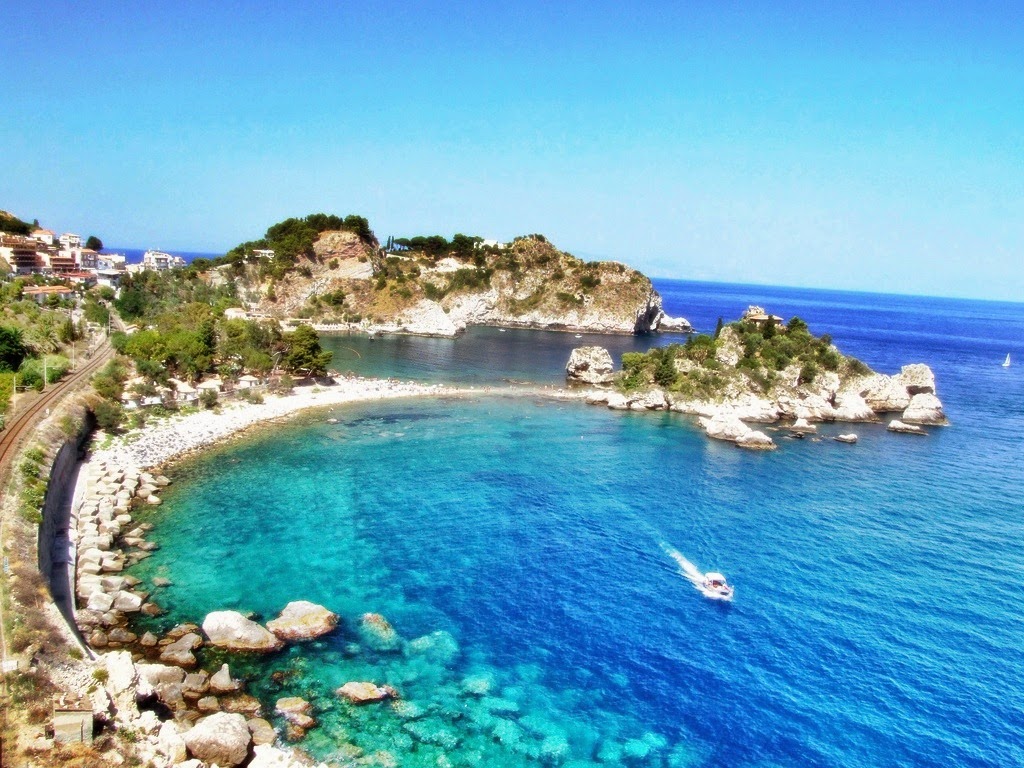 The capital city of Sicily, Palermo is the very place where it is rumoured the legendary Mafia begun their wayward days. There are some incredible sights and attractions to see and experience, and Palermo remains one of the most popular tourist destinations in all of Sicily. There is an abundance of historical sites, churches, museums, theatres and palaces to be seen. Don’t forget to see the San Giovanni degli Eremiti, Quattro Canti, Gesu Church or the Catacombe dei Cappuccini. 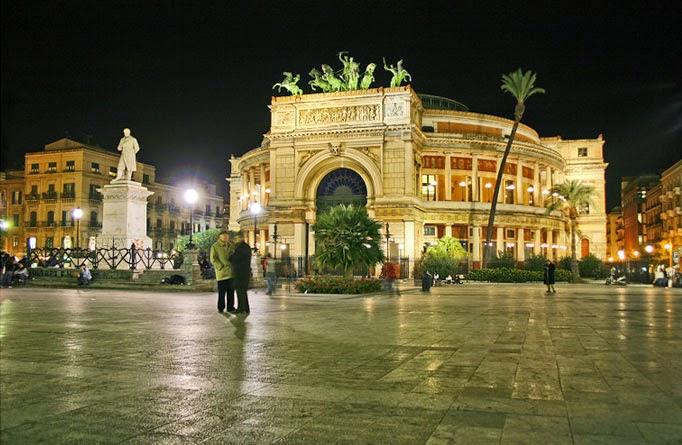 At almost the southern tip of the island is Ragusa. A very popular tourist destination, mainly because of its dramatic architecture from the Baroque period and the fact that the city has been declared a UNESCO #World Heritage Site, Ragusa is picture postcard perfect. Imagine all those Sicilian scenes, the romantic winding streets, the narrow cobbled walk ways, the charming historic churches, incredible views and very steep windy stairways throughout the city – Ragusa has it all. 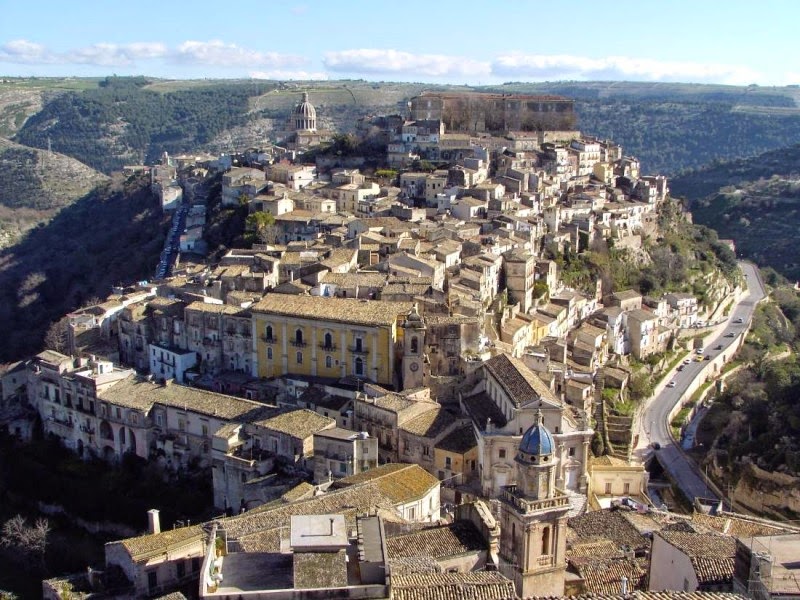 A cuisine is often a valid reason to choose a destination, and we’ve already mentioned the food and wine as one of the reasons to visit Sicily but one particular dish is irresistible and deserves a mention of its own. The best known dessert in all of Sicily, the Cannoli is the perfect way to round off any delicious pan-Italian meal. This simple yet, entirely irresistible little cone shaped delight is filled with mouth-watering sugary vanilla ricotta cheese and then dusted provocatively with powdered sugar and sometimes even chocolate ganache. The true difference between a store-bought Cannoli in any other country and one here is the essential magic ingredient –Succade – the candied peel of any citrus fruit. 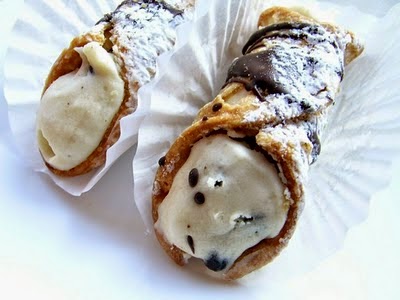 Everybody has their favourite excuse to visit Sicily, some people say their reasons to go to Sicily are for the family, mildly disguised as a yearning for the food, the wine and the sunshine. Which is your favourite reason to go on holiday to Sicily?

A wonderful review of August 2013 in Villa Agave 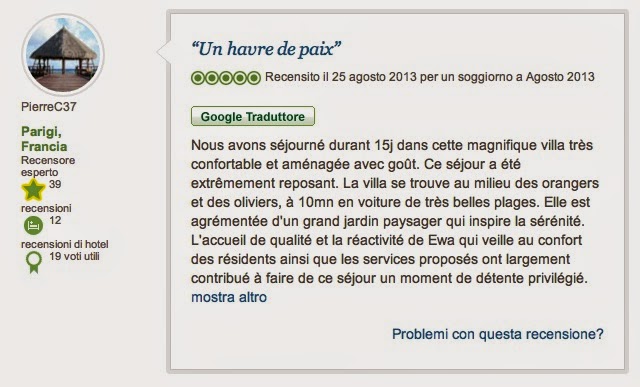 We had talked about the archaeological site of Selinunte few weeks ago, but today, it is spoken around the world for a gala dinner very special. 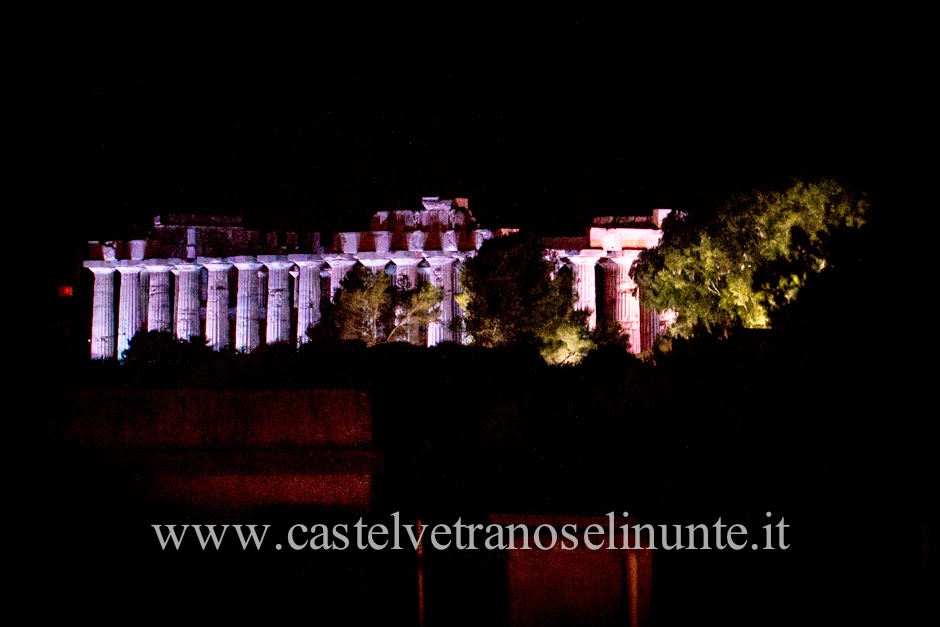 Last night founders and shareholders of Google celebrated in fact the results collected of the Media Company in these beautiful surroundings of the Temple.

An event that has allowed, thanks to their sponsorship, the adjustment of the entire lighting system.

Thanks to castelvetranoselinunte.it for the big photogallery of the event. 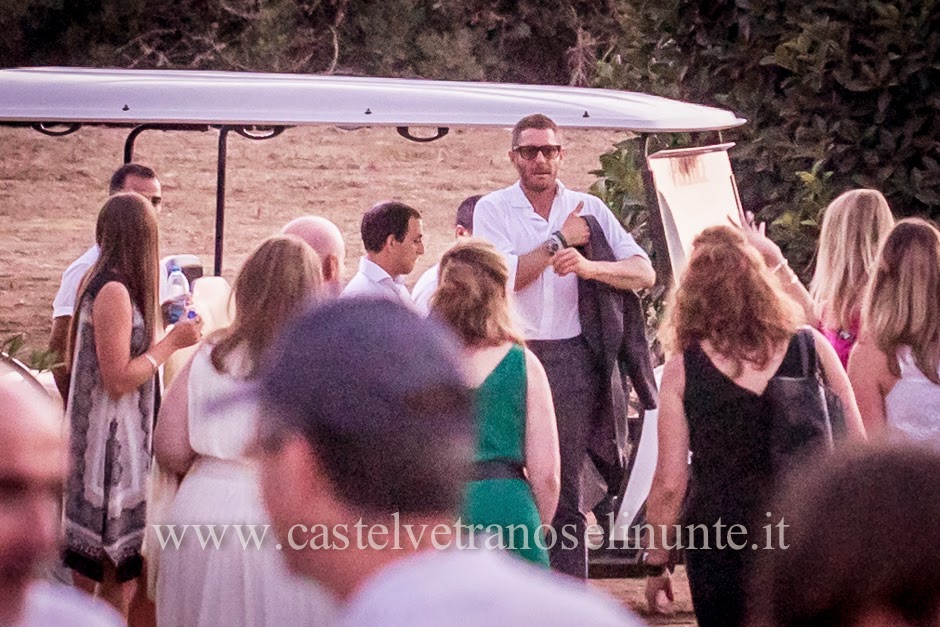 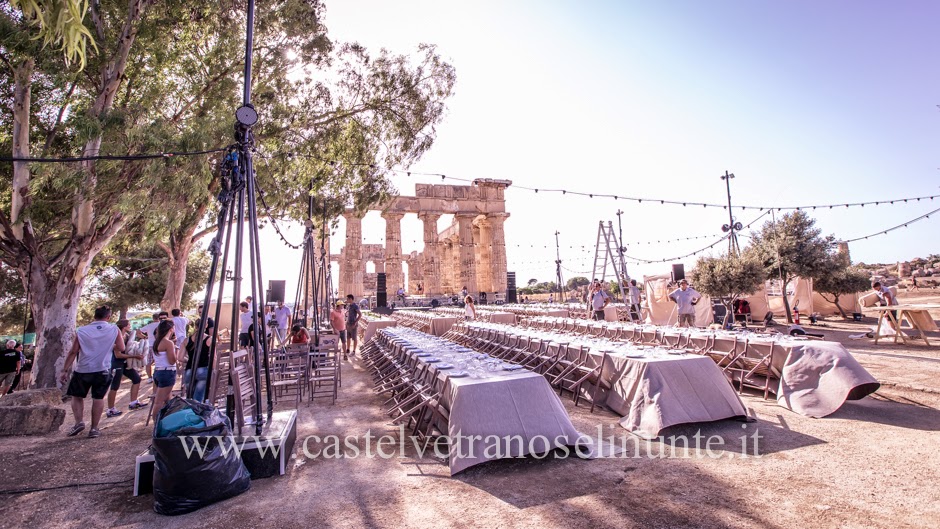 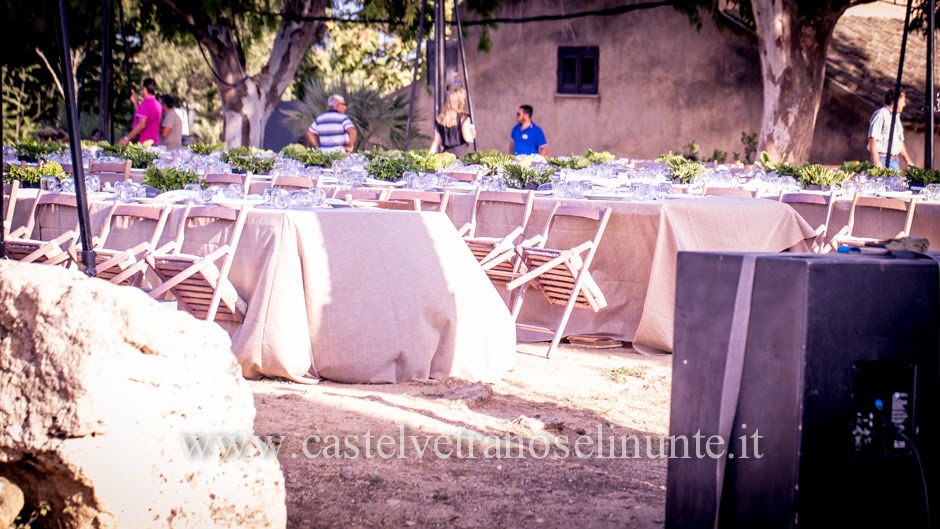 July 5th some guests stayed at Villa Agave for a week of holiday..

Here is their beautiful review on the Villa.

Thank you very much! 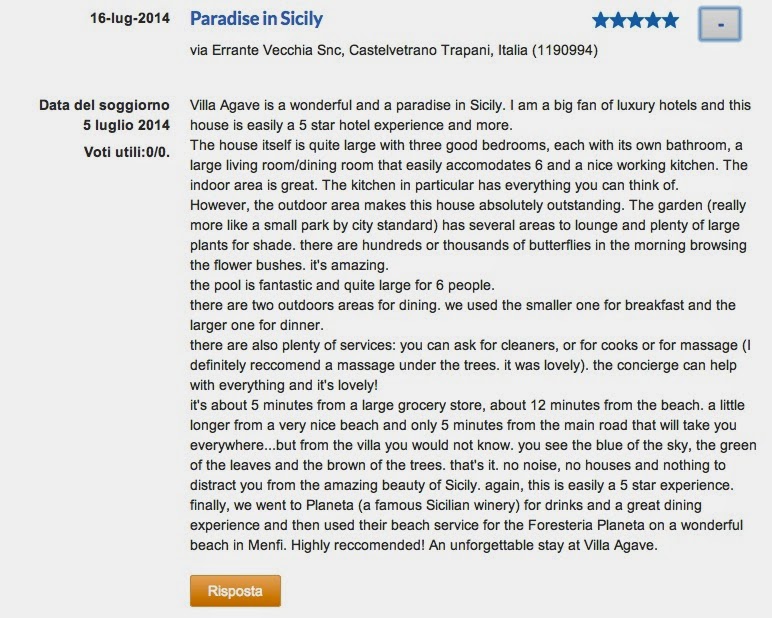 Natural Reserve of Belice. Must Visit!

Natural Reserve of Belice extends between Marinella di Selinunte and the promontory of Porto Palo, includes the final stretch of the river Belice and the nearby coastal dune formations with areas periodically flooded by the waters of the sea. It is one of the flaps residues , and therefore of extraordinary importance of the natural landscape which in the past was to characterize , almost entirely , on the Mediterranean coast of Sicily, among the most beautiful of the island.
It includes different environments : the dunes, the mouth of the river with the typical marsh vegetation and , in the inner part , the Mediterranean evergreen . 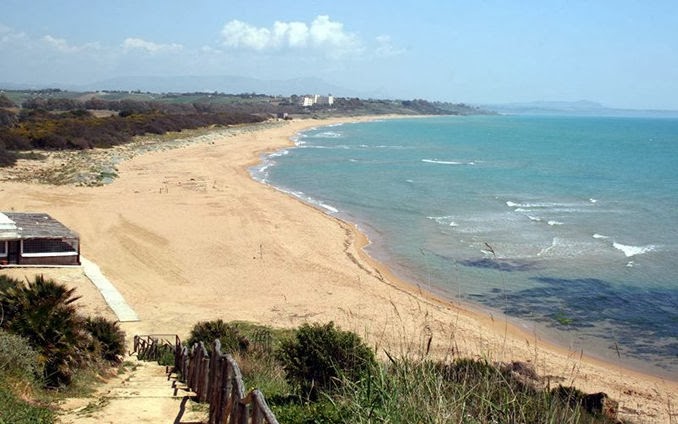 In particular , the stretch of coast from fine sand that extends between Marinella di Selinunte and Porto Palo , we are in the presence of a set consisting of a natural coastal dune system , up to six meters high , which extends for about 5 km and goes towards the hinterland , even for 70/80 meters and, therefore, an area rich in fociale a now rare marsh vegetation .
Inside the reserve of Belice , runs one of the most important rivers of the province of Trapani , the River Belice (from Belich , the name of a castle that stood probably on the confluence of the right and left Belice ), which in addition to being the eldest of the three rivers that flow through the territory of Selinunte , is one of the largest in all of Sicily . 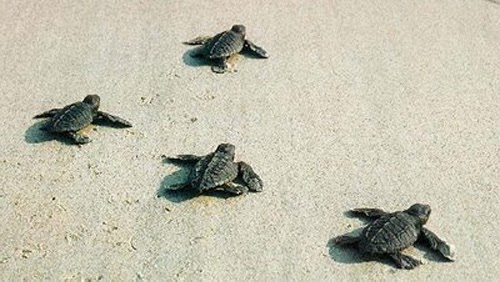 At one time the Belice river was navigable for a long distance and in fact, was for centuries one of the main routes of communication between the interior and the coast belicina . This function is highlighted by a series of settlements found along the way , ranging from prehistory to the early Middle Ages .
In some areas still lays eggs the turtle " caretta caretta " .
Pubblicato da Fabrizio Benzoni a 14:51 Nessun commento:

What to visit nearby (1): Archaeological Park of Selinunte

The emphasis and wonder that arouse the ruins of Selinunte are legendary . The superlatives , metaphors , passionate tones that characterize the impressions of the great travelers of Selinunte may be contained in a book of hyperbole . Click on the photos to enlarge

Algernon Charles Swinburne wrote : " The ruins of Selinunte are scattered in various splendid piles , the number of columns still standing from afar resemble a large city with many spiers ... " . Guy de Maupassant , Selinunte is " an immense accumulation of collapsed columns , now aligned with and adjacent to the ground as dead soldiers, now plunged in a chaotic manner ."

In fact, the uniqueness of Selinunte is given by the vast amount of its ruins , by their size and their value, all of which , together, it is difficult to trace in other parts of the Western world. In 1993 was established the archaeological park , 270 acres large , and there is no day of the year , from spring to autumn , that large groups of visitors is estimated at between columns and sections of the moss that caresses , among decoration of the stands and clumps of mastic that grow in the cracks between those blocks of stone yellow gold worked by man , poised on one another in the Wild grew up with them , some clearing, small hedges , bushes, flowers , parsley flakes , a few trees, many varieties of green , all out of time, the museum arbitrary challenge to the measure and harmony .

You get lost among stones and sky , we hide behind the drums and it reappears under a lintel , tiny temples under the surviving giants dumb to remember the glory of their being gods. He was born rich , Selinunte, founded in the mid-seventh century BC by colonists from Megara Hyblaea , near Syracuse, in the heart of the domains spintisi Carthaginian island. The most western of the Greek colonies in Sicily was the wolf's den , between the Elimi Segesta and Phoenician-Punic Mozia . But for two centuries was prosperous and powerful , with its own brand , populous - it seems - of 80,000 inhabitants, on a limestone hill surrounded by two rivers, the Modione (the ancient Selinus ) and Cottone , on whose banks grew, luxuriant , wild parsley ( Selinus , in fact: in order to Selinunte) , in a fertile land - according to legend, tempered by the great Empedocles , named for the occasion - that sloped down toward the Sea of ​​Africa , beyond which the observed , concerned , the terrible Carthage. Yet the relationship between the two cities were for a long time of peaceful coexistence , based mainly on trade. 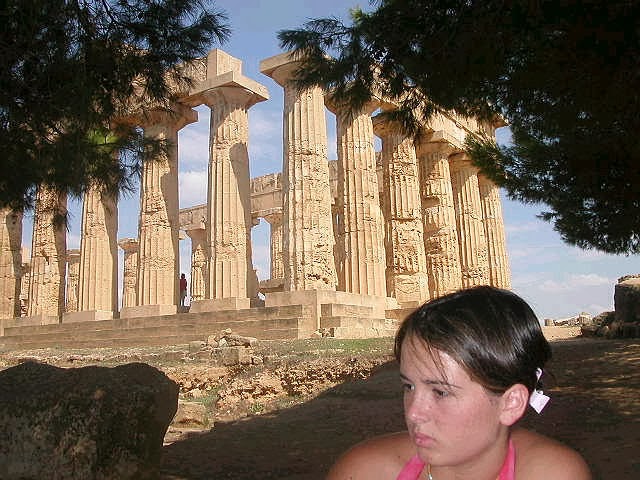 Apart from the frequent border disputes with Segesta, Selinunte were being stabilizing, along with the original pro- Greek soul , customs , fashions typically Punic . And maybe that's why his artistic development is more complex and original than that of other Greek colonies in eastern Sicily , as can be seen in the extraordinary metopes adorning the fronts of temples, of which sixteen are specimens that are the most proud of regional Archaeological Museum in Palermo, ie , even in the so-called Efebo of Selinunte in bronze, efebo.jpg ( 40092 bytes ) recently moved to the Museum of Castelvetrano , which has , in addition to setting the whole Greek, indigenous clear characteristics . 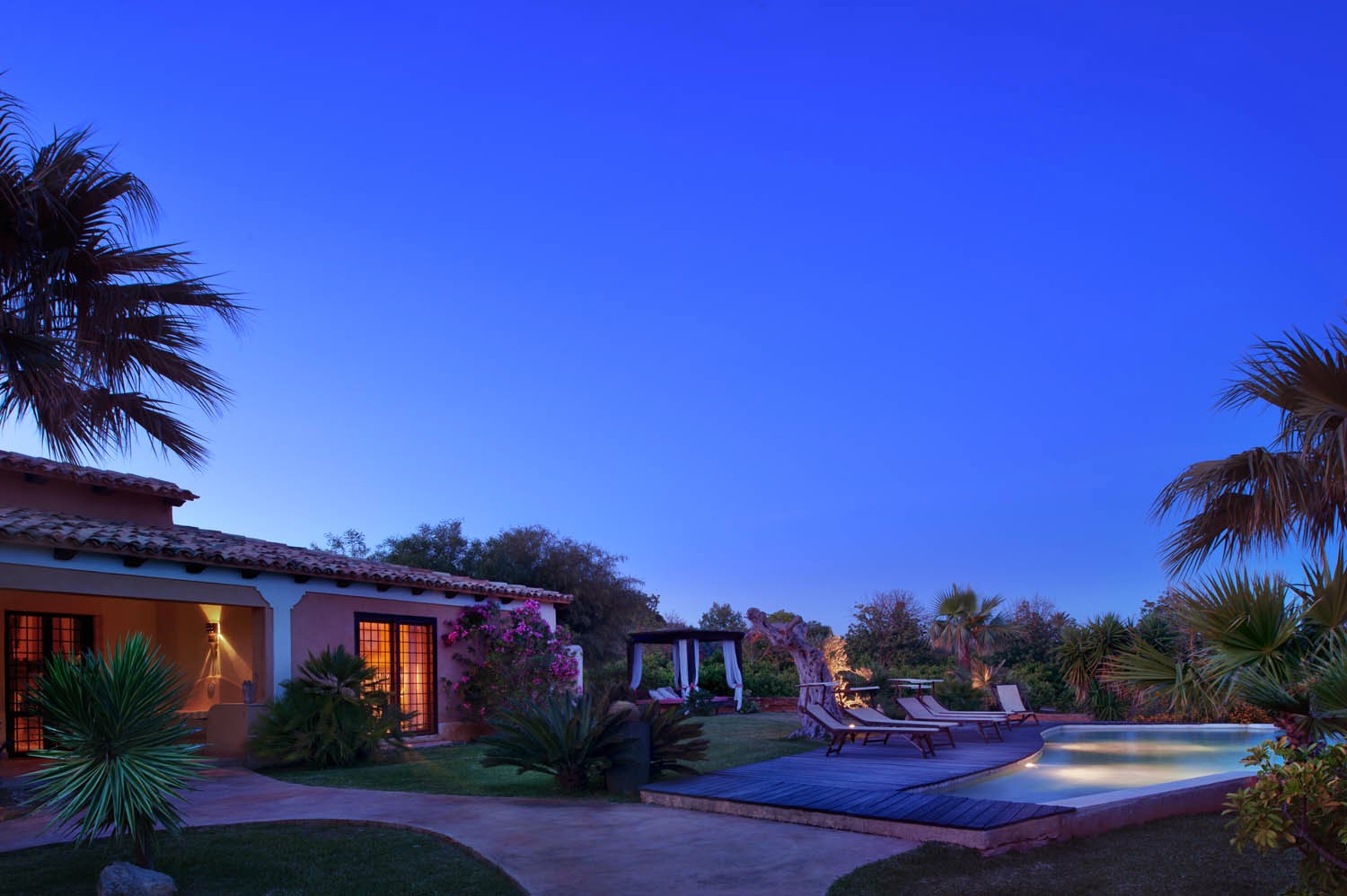